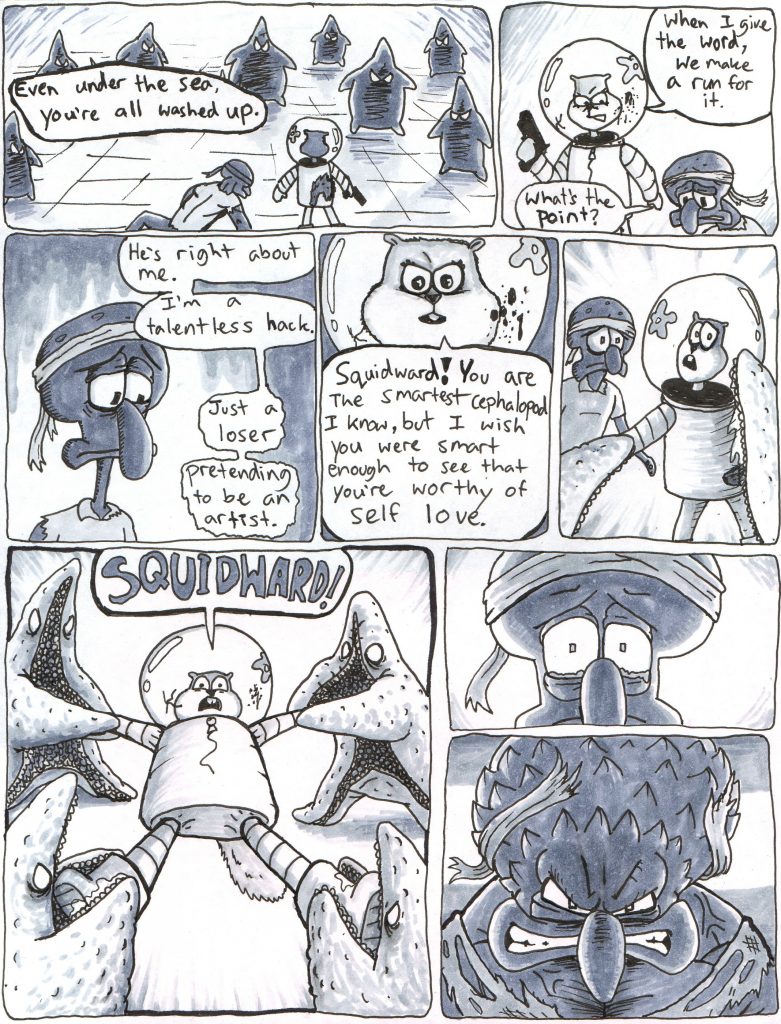 Squidward has lost his greatest weapon and worse, the will to fight. 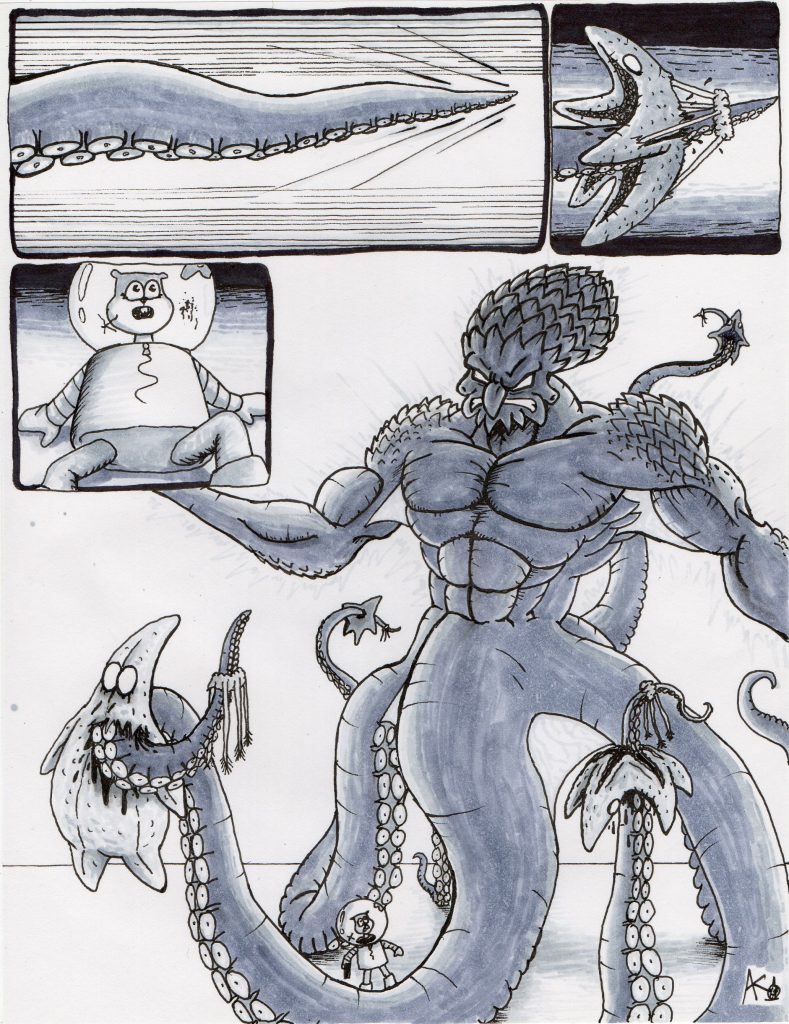 Squidward unleashes his newfound power on the Patrick army, deadset to wipe them all out. 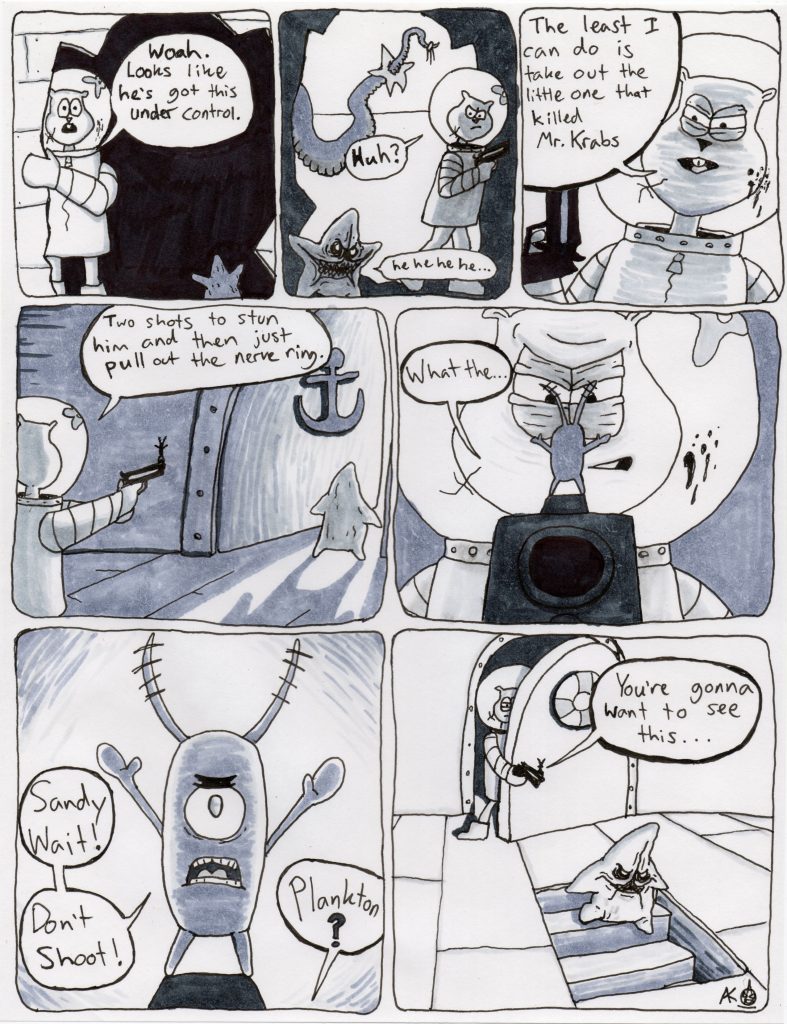 In awe at Squidward’s might, Sandy decides to get back to work until she is interrupted by an unexpected arrival.